When I was a kid we would go down to the creek and catch crawdads and put them in my friend Shannon's plastic kiddie pool. Once, we caught over 30 crawdads, all different sizes, and they filled the little tub out behind his house. The area we lived in during that time was hot and dusty and we lived next to a huge field where I would go ride my bike on the motorcycle trails, and we were always wary about going off into the high grass because of the rattlesnakes, scorpions and tarantulas that lived there in abundance. And in the summer, when everything dried up, we would walk down to an old dirt road where there were standing puddles in the shade of scraggly oak trees. The same oak trees that pitched so many acorns out into the grass for squirrels to bury, and which we all learnt ourselves how to whistle through our thumbs in the hollow cup of the acorn shell. In those stagnant pools we found little black tadpoles, swarming away from our footfalls like an orchestra of shooting stars. Sometimes we would bring them home and sometimes we would leave them to occupy one check-point in our daily treks, always waiting and observing a very rapid, but real mini-drama of evolution. These tadpoles, much to our amazement, would grow legs and their swimming tails would shrink, and before long the little black sperms would crawl out of that puddle and breathe and hop away, little frogs gone to eat the mosquitoes preying on our veins.

Frogs and toads, we loved to catch. And have races. Every one, when caught, would pee, and if you held it out it wouldn't get all over your hand. These dusty, hopping creatures symbolized what was great about our lives in the woods and fields and ponds, developing and learning how to live and how to sneak into the house in the morning to steal some bacon, which we would hang over a stick and cook over our fire. Life was learning how to walk around barefoot without flinching and how to build a platform high in a tree and how not to get peed on by a frog.

I once had a birthday party where my mom made a chocolate cake with Kermit the Frog on top and everyone wore hats that looked like Kermit was sitting on our heads. I was in grade school and my friends came over and we played games and ate cake and had our picture taken with frog hats.

And somehow, after all these years (today being the 31st anniversary of that party), I feel like the frog probably grew and sprouted a new tail and a mane and learned to run and hunt with his claws and teeth instead of his tongue. Ever changing, evolving, I wonder what that first breath was like when the tadpole decided to crawl out of the puddle. Probably hurt a little.

I see the DoubleShot entering a new phase of its existence, and it is so closely tied to my own existence that we feel the same pains. Its development is much different than my own, a different graph on the same axes, and sometimes my mind is crossed with thoughts of two different developing entities, and in making choices that effect both- one brain trying to steer two tadpoles out of the muck.

When I graduated from college I had, what seem like now, foolish and selfish goals of youth: To be married in my mid-20s and to be a millionaire in my early-30s. Today, at 37, neither married nor a millionaire, I have seen changes in my motivations over time. Like tectonic plates, slowly shifting and occasionally buckling during times of sudden revelation or growth or demolition. I've come to see my existence in the history of the world to be about as important as that of a flea on a dog's back, and I don't like it. How I deal with that is what my friends see in the altruistic, as well as the irresponsible decisions I make. The DoubleShot, on the other hand, is not me. It IS me. But it doesn't have to be.

Recently I sent a note to a friend who owns a large and very successful coffee company about how he dealt with changes and growth and how he decided what paths to choose. He responded with something that has stuck with me. He said he is building a company that he intends to exist in 200 years, and he asked me where my company would be in 200 years. Now THAT is a long-range goal. But an interesting question. I've begun to ponder the importance of the DoubleShot outside my own occupation and livelihood. Is it important to the community? Is it important outside of me? If so, I might should think about what that means and how to safeguard that. Because if I died tomorrow, the DoubleShot would die with me. And maybe that's right.

For my birthday gift to myself, I sample roasted a bit of the Nekisse to drink today. Soon I will share it with you. And more coffees. I did get four bags of a pulp natural Costa Rican that is really good. That is on its way now, along with some Natural Sidamo, a Sulawesi, which will be a new origin for the DoubleShot, and a Peruvian. VERY distinctive coffees. I also locked up a Kenya and a natural Brazil with another broker. Yes indeed, we are going to need more space to store coffee.
Thanks for your continued support. A happy day to all of us. 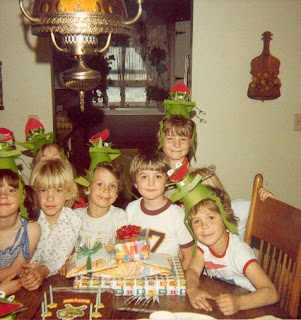